A 49-year-old woman “Ann” suffered from anxiety and depression for the last 15 years, managed with low dose medication.

In January 2021, she began feeling the sensation of food getting stuck on the base of her tongue when chewing and swallowing.  At first, a hospital emergency room physician thought perhaps this was a case of acid reflux so prescribed Nexium, which her family doctor then supported and advised to continue.

Not seeing results, she saw an Ear-Nose-Throat (ENT) specialist whose examination found nothing wrong and advised to continue taking Nexium.  An endoscopy also found nothing wrong, and medication was then changed to Prevasid.  By end of April 2021, Ann found no change and no improvement, so stopped the medication.

By end of May 2021, weird sensations of dry mouth began appearing, but her mouth was not dry. A Dentist examined her and found nothing wrong.  Symptoms worsened with burning sensations on the tip of her tongue, hard palate behind her teeth and lip. What she found odd was that there were no symptoms when eating.

A naturopathic doctor’s examination also found no problems, advised Vitamin D injections for borderline, low level, then B12 and alpha lipoic acid. This gave slight relief which did not last.

Still, she felt no improvement in what was becoming very clear, worsening symptoms and increased stress and anxiety of potentially having to live with this pain.  Desperately looking for relief, never mind a diagnosis, she saw a physician who specializes in CBD, which she was prescribed and began immediately. For 1 day she had relief, then the CBD stopped working and all her symptoms returned.

Her taste sensations were now being affected, tasting salty when the food she was eating had no salt on it at all, and tasting metals when no metals were in her mouth. Vegetables started tasting like vomit. Her taste buds were quickly becoming weird and dysfunctional. She even tasted salt and metal between meals when no food was even in her mouth.
All these symptoms which were quickly worsening had not let up, day and night. She could not escape the relentless burning inside her mouth, altered taste buds, and the deepening realization that she was getting worse and sadly, started entertaining dark thoughts of suicide.

By the time she came to see us, she was at the end of her rope. 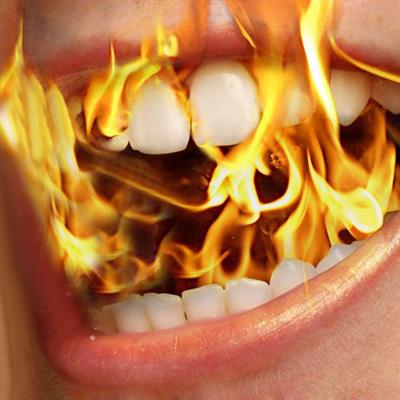 “I recall her telling me in her soft voice that I was her last hope.”

After a comprehensive assessment and 2 diagnostic treatments, we were able to confirm Ann was suffering from Trigeminal Neuralgia, a condition where the Trigeminal nerve which supplies the entire face, jaw, and inside the mouth with its sensations, was damaged.

We were then able to determine that she had arthritis in her neck and the resulting muscle damage due to an arthritic guarding process had placed crushing forces on her Trigeminal Nerve. Ann also suffered from TMJ another condition arising from the neck arthritis.

Today, she is receiving treatment to reverse the neck arthritis and to fix her damaged trigeminal nerve. 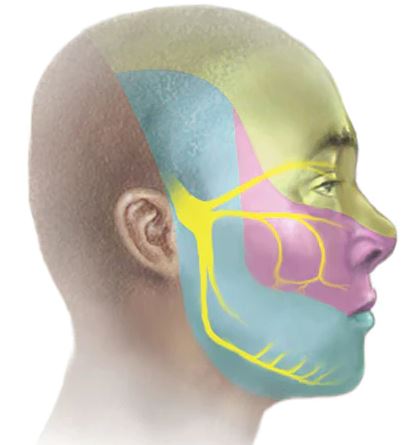